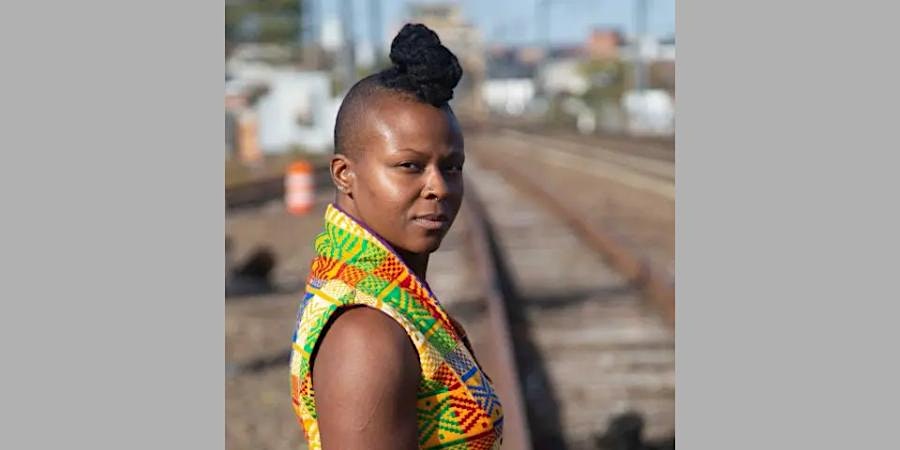 Shani Collins Achille first stepped foot on Connecticut College’s campus as a performer in the OnStage performance series in Palmer Auditorium. She joined Connecticut College in 2009 and now, with profound gratitude, shares her work with this community as she continues to experience teaching/learning, building history, and culture through dance.

A native of Greensboro, North Carolina, Shani studied as a young dancer at The Greensboro Ballet, The Alvin Ailey American Dance Theater, Urban Bush Women's Summer Institute, and received a high school diploma from The North Carolina School of the Arts.

A recipient of the Martha Myers Choreography Award and a “Bessie” New York Dance and Performance Award, Shani is a worldwide renowned artist for her performances with Urban Bush Women and Ronald K. Brown/ Evidence. She has choreographed on Urban Bush Women (Community “Dixwell” Project) and has performed as a guest artist with Bill T. Jones/ Arnie Zane Dance Company, The National Dance Company of Mozambique, David Dorfman Dance Company, and in Trinidad with the Roots and Wings Movement. Shani returned to ADF as an international performing artist, was granted a teaching fellowship in the Hollins University/ ADF M.F.A. program,and served on its faculty since 2006.

She has choreographed and performed in the NYC Off Broadway Production of The Vagina Monologues at New World Stages and has participated, as a choreographer, in the Lincoln Center Director's Lab.

Shani is crowned a “Contemporary Revolutionary” by Lax Thomas in The Studio Museum Harlem Summer Magazine and featured in Dance Magazine as "Warrior Woman" by Eva Yaa Assentawa who says: “It’s a sure bet that when she takes the stage, she will deliver not only the movement but the core, the bedrock, the very meaning and spirit of a dance.”

Prior to coming to Connecticut College, Shani performed and taught extensively throughout the United States and internationally. She visited MIT in the spring of 2009 as teaching artist in residence and mentored/taught M.F.A. candidates at the ADF School at Duke University.