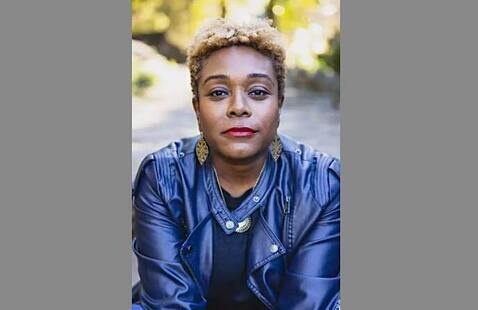 The widely acclaimed and bestselling author Margaret Wilkerson Sexton is back with a new book exploring a family in 1950s San Francisco with hopes of success in the music business. Wilkerson has always moved deftly between the most intimate aspects of character and the complexities of specific Black communities in their historical context, and her latest book is an exceptional depiction of both of a unique and fascinating family, of a pivotal time in music history, and of a legendary community facing the ravages of gentrification. She will be joined in conversation by Fairfield professor and National Book Award-winning author Phil Klay.

MARGARET WILKERSON SEXTON, born and raised in New Orleans, studied creative writing at Dartmouth College and law at UC Berkeley. Her most recent novel On the Rooftop was a Reese Witherspoon “Reese’s Book Club” pick for September 2022. Her prior novel The Revisioners, won a 2020 Janet Heidinger Kafka Prize, an NAACP Image Award for Outstanding Literary Work and a George Garrett New Writing Award; was a California and Northern California Book Award finalist, a 2020 Hurston/Wright Foundation Legacy Award Finalist and a Willie Morris Award for Southern Writing finalist; was nominated for the 2020 Simpson/Joyce Carol Oates Prize; and was a national bestseller as well as a New York Times Notable Book of the Year. Her debut novel, A Kind of Freedom, was long-listed for the National Book Award and the Northern California Book Award, won the Crook's Corner Book Prize, and was the recipient of the First Novelist Award from the Black Caucus of the American Library Association. Her work has been published or is forthcoming in Zyzzyva, The Paris Review; O, The Oprah Magazine; The New York Times Book Review; and other publications. She lives in Oakland with her family.